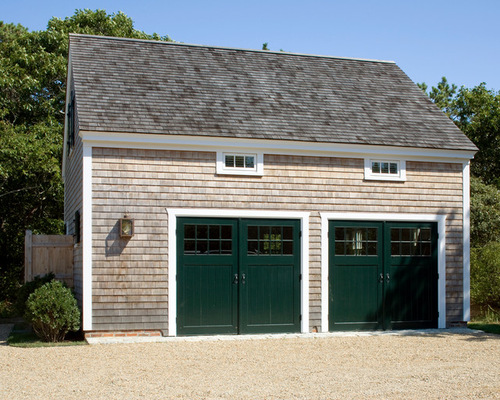 It is no secret that a garage makes a great workspace. Some use this space to work on their car or build household items, while others start multi-billion dollar corporations. Had these entrepreneurs knew the ultimate value of what they were creating in their garage, they would certainly ensure their space was the most reliable and secure.

Among the long list of companies that began in a garage, Amazon has been making headlines a lot lately. With its acquisition of Whole Foods, Amazon is slated to change more than just the online retail game. To think, it all started in a garage. Jeff Bezos, created Amazon in 1994 with an initial investment of $40,000. Today, the company has is worth billions.

It is estimated that more than 700 million iPhones are being used worldwide. For a company that impacts so many lives all over the world, it’s amazing to know it all started in 1976 from the garage of Steve Jobs’ parents. Steve Jobs and his partner Steve Wozniak sold their first Apple computers at $500 apiece, and today, the company is regarded as the most valuable technology company in the world.

Nearly 100 years ago, Walt Disney created his first film in his uncle’s one-car garage. The internationally infamous Disney Company was once thought to have no hope of success, facing bankruptcy and other hardships several times. Today, there is an amusement park bearing the Disney name just south of the garage it all started in, and the company stands as the highest-grossing media conglomerate on the planet.

In 1998, the creators of Google, created the world’s most used search engine from a rented garage. Google has become so influential in the web world, users have adopted the common phrase, “Google it!” for every question. The search engine company has developed several everyday applications including email and file sharing; Google currently sits second on Forbes’ World’s Most Valuable Brands list.

Bill Hewlett and Dave Packard founded HP in 1939 from Packard’s garage. With just over $500, HP created audio oscillator, which launched their business after selling to another company that also started in a garage, Disney. Today, HP supplies computer equipment and accessories to the world and is valued at more than $25 billion.

These modest startups turned global game changers are only a few of the countless businesses started in a garage. Additionally, Harley Davidson, Yankee Candle Company, Microsoft and Lotus Cars join the list. You could be the next to join the likes of Steve Jobs and Walt Disney – be sure your work is protected with a superior unit from Overhead Door Company of Garden City.